my sandbox.
where i've been learning (and what i've been making) 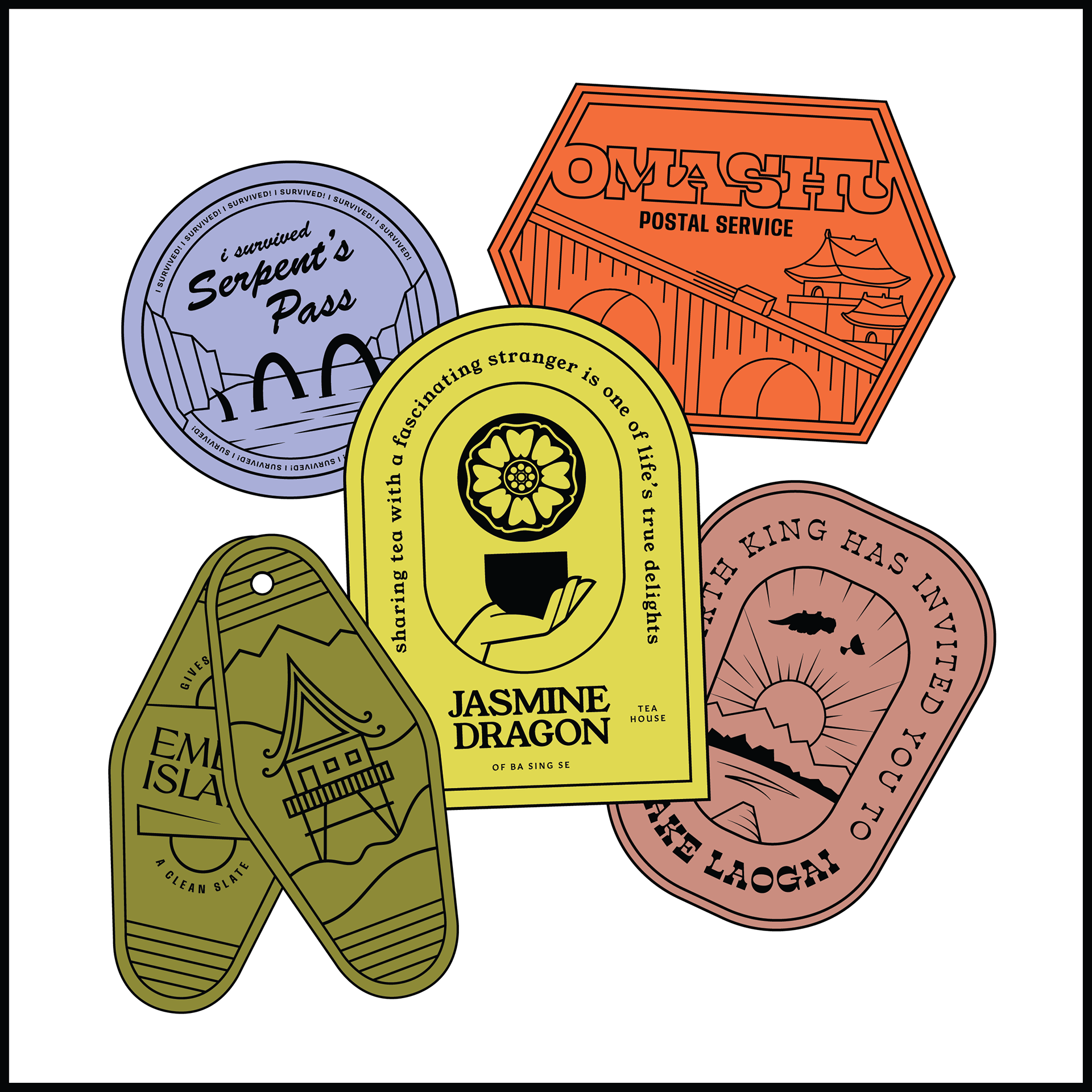 vector drawing_
Travels with Aang
A collection of fictional souvenirs– badges, pins, keychains.
My goal was to use typefaces with more character than I would usually choose, as well as to practice incorporating words into illustrations. Names and places are inspired by Nickelodeon’s Avatar: The Last Airbender. I watched this show last year during quarantine and had the idea to make ‘souvenirs’ from important plot points.

Type Design_ ​​​​​​​
FemmeType
An experimental display typeface collaboration.
An international online community of designers that I’m part of wanted to celebrate International Women’s Day by collaborating– and came up with the idea to make a crazy typeface that would showcase the personalities of everyone involved.
I led this project along with two other designers.
The majority of the group had never drawn type before, so I had them create letters in Illustrator, then cleaned them up and assembled the typeface in Glyphs. The goal was for it to be crazy... and it definitely is! Everyone ended up making multiples of every letter they were assigned, so I figured out how to use stylistic alts and make it so that when used in all caps, the font cycles through all 4 versions of each letter.
This was a cool project because most of the designers had never made type before, and I had a lot of fun encouraging them in that and putting it together in the end.

Type Design_ ​​​​​​​​​​​​​​
Spritz Sans
A funky reverse contrast display typeface.
I’m fascinated by reverse contrast as a concept and love how jarring it makes everything look. My goal was to balance the face with with the heaviest sections alternating between the top and bottoms of letters.

I created this typeface last summer during lockdown as part of an online type design course– the only formal type design training I’ve had. I loved it so much and have been trying to teach myself more ever since.